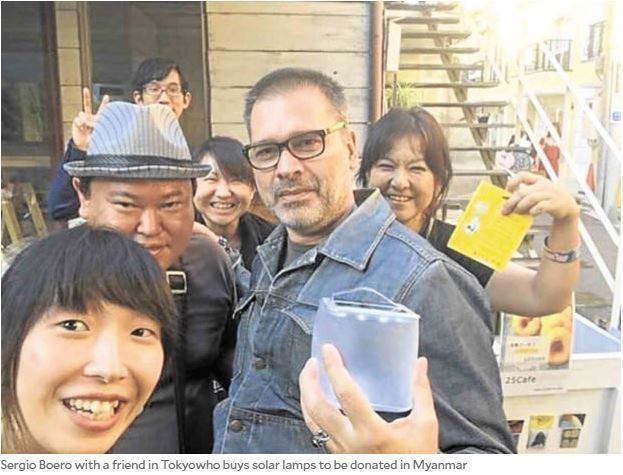 Italian Sergio Boero was a consultant of exporter Hacienda Crafts in Bacolod in 2009 when he discovered that many artisans had to stop working before 5 p.m. because they lived in an off-grid area and had no electricity

“I was affected by the fact that people lived without electricity,” recalled Boero, president of the Italian Chamber of Commerce (ICC) here.

Over 16 million Filipinos have no access to electricity, according to a research by the Philippine Institute for Development Studies in 2013. Most of them live in far-flung areas outside the scope of power companies. Very poor communities also could not afford electricity. The same may be true with the rest of the world as social enterprises seek to bring solar power to three billion citizens who have no access to electricity.